A week-long import ban on 10 products ranging from cars and mobile phones to alcohol and cigarettes has not shaken the market, but traders warn contraband could flood the country if the embargo lasts longer term.

The government issued the ban on goods marked as luxury items to stem the outflow of dwindling foreign exchange reserves, and it will remain in place until the end of the fiscal year in mid-July.

Auto dealers say they have enough inventory to last a month. “But the market may experience shortages by early June,” said Dhurba Thapa, president of the Automobile Dealers Association of Nepal.

Most dealers are rushing to import their inventory before the annual budget report is released at the end of May, as taxes are steadily increased in each successive budget.

“Prices of automobiles might not increase. But since prices in India have started to increase, new vehicles will have higher prices,” Thapa said.

The mobile phone market was the first to see the effects of the import ban with expensive devices in short supply.

Sanjay Agrawal, deputy chairman of the Association of Mobile Phone Importers, said demand for mobile phones costing more than Rs 70,000 has increased. “Current stocks can only meet demand for the next one and a half months,” Agrawal said.

The government banned the importation of mobile devices costing more than $600 and color TVs larger than 32 inches.

Chet Narayan Poudel, commercial director of the department store Salesberry, says the import ban on ready-made cigarettes, tobacco and snacks has not affected the local market.

“As domestic production holds 70% of the market for cigarettes and snacks, there are sufficient stocks. Except for some specific brands that buyers may prefer, there is no shortage,” Poudel said.

He suggested that the government carry out regular market inspections to stop illegal imports of such goods through the open border.

Consumer rights campaigners have welcomed the ban on luxury goods, but say opportunistic traders will use it as an excuse to raise prices during the ongoing election campaign.

“It will be a golden time for unscrupulous and opportunistic marketers seeking black marketing opportunities,” said Prem Lal Maharjan, chairman of the National Consumer Forum. “Traders have raised the prices of goods under the pretext of the Russian-Ukrainian war even though they are not from there,” he said.

“While the government ordered a 100% margin amount to open a letter of credit to import alcohol, illegal imports through the open border with India have proliferated,” Poudel said.

“The goods ban will definitely distort the market if the oversight mechanism is weak at election time,” said Madhav Timalsina, chairman of the Consumer Rights Investigation Forum.

Private sector leaders say the government should have consulted them before imposing the import ban.

“It would have been better if the government had taken such a decision after discussing with the private sector,” said Shekhar Golchha, president of the Federation of Nepalese Chambers of Commerce and Industry.

“We also want to take responsibility for the country’s economic situation and want to solve the current economic problem, but the government keeps us on the sidelines when making decisions,” Golchha said.

The Confederation of Nepalese Industries says that the economic situation in the country is not so bad that the import of certain products should be banned.

According to the Nepal Rastra Bank, foreign exchange reserves with the banking sector are sufficient to cover forecast imports of goods of 7.4 months and imports of goods and services of 6.7 months, in line with imports for the first eight months of the current 2021-22 financial year.

Consumer rights campaigners say that as the goods listed are not essential items, the market will not be directly impacted.

“The government has banned the import of goods that are not needed in daily life, and this will not impact the market,” Timalsina said. “This will not only help minimize the trade deficit, but also create balance in the market,” he said.

According to the Nepal Rastra Bank, imports soared 38.6% to 1.3 trillion rupees in the first eight months of the 2021-22 financial year, compared to a 2.1% increase a year ago.

On December 20, the central bank made it mandatory for importers to keep a margin amount of 100% to open a letter of credit (LC) to import goods like alcoholic beverages, tobacco, silver, furniture, sugar and foods containing sweets, glucose, minerals. water, energy drinks, cosmetics, shampoos, hair oils and dyes, caps, shoes, umbrellas and building materials such as bricks, marble, tiles and ceramics, among others .

Banks have discouraged the opening of LCs for non-essential goods from April 10. 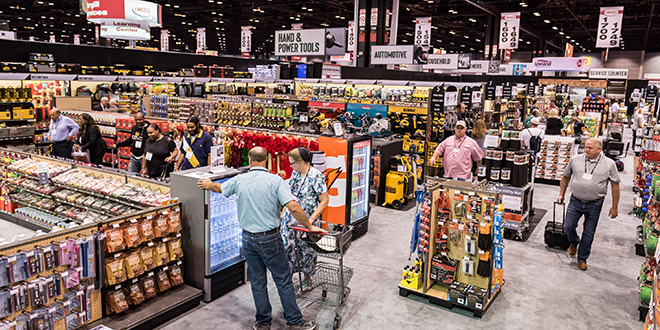