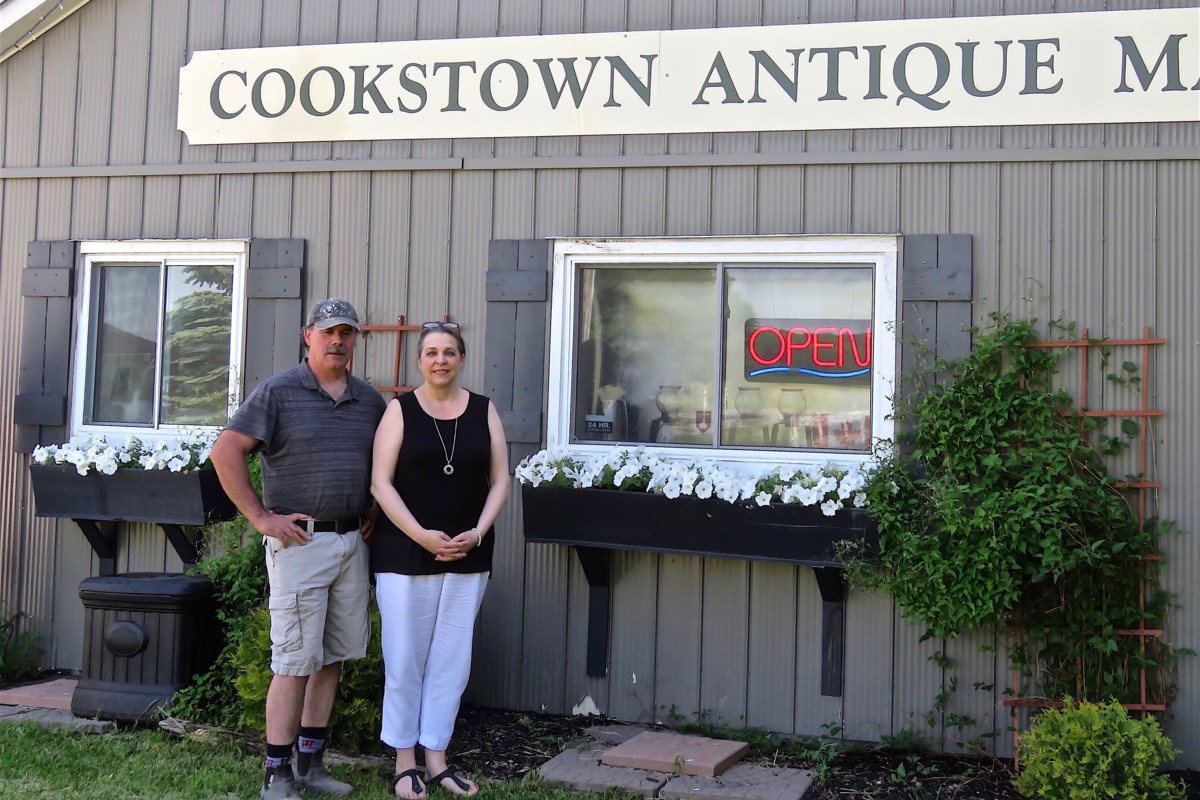 Tradition is at the heart of this second-generation company. For over 30 years, the Cookstown Antique Market has been a place dedicated to preserving history.

“We love the beauty, quality and functionality of antique pieces. Most of the antiques were made by hand, an art that is not so common today,” said market owner Diana Robinson.

Diana, who co-owns and operates the business with her husband, Bill Robinson, feels excited every time she sees the faces of new customers when they first walk into the store.

“Most of the time it’s literally a breathtaking moment for them, because it’s a most unexpected experience,” she said. “The second most exciting part is that customers keep coming back again and again to the point of watching kids grow up and become customers.”

As always, she says, an ever-changing inventory is what keeps customers coming back.

“We never know which treasurers our antique dealers are going to bring into the store,” she said.

The Cookstown Antique Market dates back to 1991, when Bill’s parents opened the antique store in a 1,000 square foot barn built in the mid-1980s. A year later, the store was expanded using two barns from the late 1800s that have been taken apart piece by piece and rebuilt to the current design. This expanded the store to 6,000 square feet.

Diana still has vivid memories of those early days when she ran the store, mostly on the weekends, while Bill helped his parents build the buildings into what they are today.

“There was no social media back then, so we literally handed out flyers and attended trade shows to let people know where we were,” she recalls.

Working full-time at the market for six years, Diana continues to be amazed by the experience of connecting with the area’s antique community.

“We met many antique dealers who are a wonderfully eclectic bunch who all share an incredible passion for preserving history,” she said.

She finds that antique dealers work hard and are passionate about what they do.

“They are always on the lookout for unique and interesting items, while following interior design trends. Plus, they’re constantly cleaning, fixing, and bringing merchandise into the store for our customers,” she said.

Diana is optimistic about the prospects for antiques in Innisfil and the region.

“There is a lot of new growth at Innisfil. We believe antiques are here to stay.

The market currently has 30 antique dealers, and each buys, displays and sells their own wares throughout the store.

“Each little area of ​​the market actually has its own style and personality. Some will attract you; some won’t. That’s what makes it great, because there’s something for everyone,” she noted.

As for Diana herself, it’s hard to pick one favorite piece or one category of antiques.

“That’s probably all. I bought jewelry, furniture, tools, fabric, glassware, etc. My mother was a steward. We never bought anything new. I guess it’s just in my blood,” she said.

For people who love the look and feel of antiques, the market also offers great event space for social gatherings or private celebrations.

“We recently hosted a high tea brunch, with two sold-out seats, which everyone really enjoyed. Bring your own food or have it catered,” Diana said.