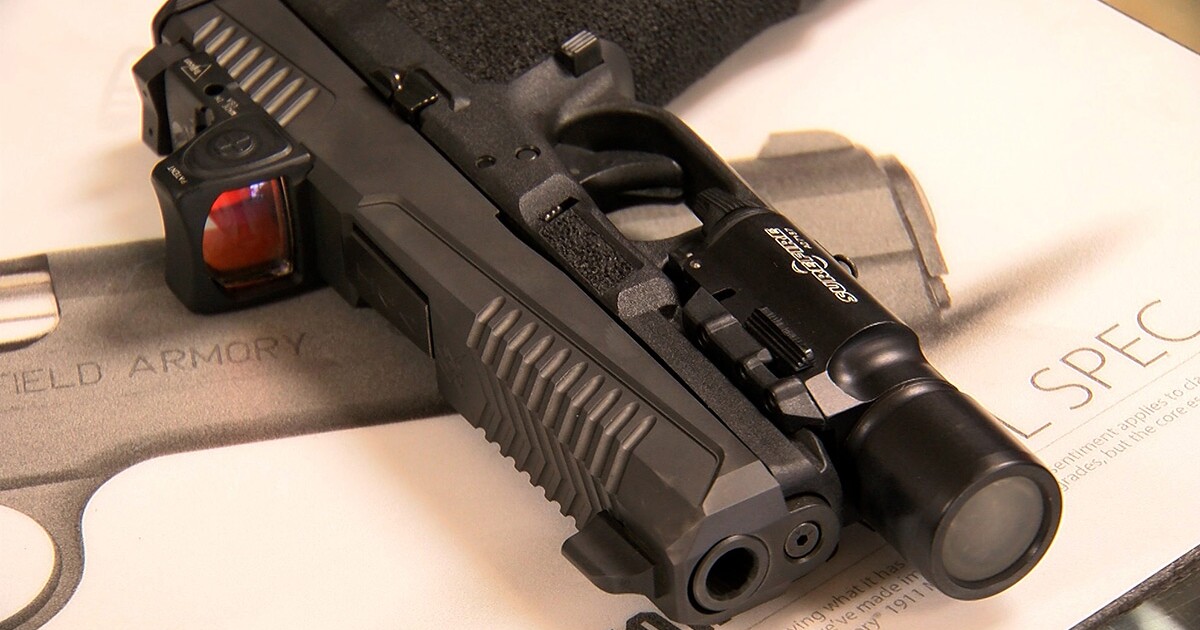 Giovanni “Gio” Tilotta, 41, owner of Honey Badger Firearms in Kearny Mesa, was convicted Thursday of three felonies, in what the U.S. Attorney’s Office said was the first federal criminal conviction for a civilian owner of a retail gun store. under 15 in the Southern District of California, which includes San Diego and Imperial counties.

Prosecutors say Tilotta worked with Garmo and others to make ‘straw buys’ or falsely claim to be the gun buyers while buying the guns on behalf of others, including the prominent local jeweler Leo Hamel.

The U.S. Attorney’s Office said Tilotta had Garmo and Hamel make fictitious emails to conceal that straw purchases had been made at his store.

He also accepted backdated firearms transfer records for clients and answered questions on these forms on behalf of the client. Prosecutors say these questions seek to determine whether a buyer could be barred from purchasing a firearm, such as if they are subject to a prohibition order.

The U.S. Attorney’s Office said in one case that Tilotta used backdated documents to sell a handgun and rifle in the Garmo Sheriff’s Office to local criminal defense attorney Vikas Bajaj, who pleaded guilty to one misdemeanor count of aiding and abetting the false entry of dealership records.

Tilotta was also convicted of helping Garmo, the former Rancho San Diego Sheriff’s Station Captain, illegally sell “off-list” handguns to private individuals, despite the guns being only intended for law enforcement. of the order.

In addition to receiving money for the guns, federal prosecutors said Garmo made the gun sales to create goodwill among potential donors for his planned campaign to run for the sheriff of the San Diego County.

Garmo retired from the sheriff’s department shortly before he and four others — including another San Diego County sheriff’s deputy, Fred Magana, who helped with straw purchases — were charged.

Garmo was sentenced last year to two years in prison.

Tilotta is expected to be sentenced later this year, along with Waiel Anton, a resident of Magana, Hamel and El Cajon, who helped people obtain concealed transport permits faster than usual through illegal means.